The application‘s purpose is to help players & DMs with feat selection. It is designed for those who know the Pathfinder RPG rules. It is not a teaching aid. This is a ground up rewrite of version 1. 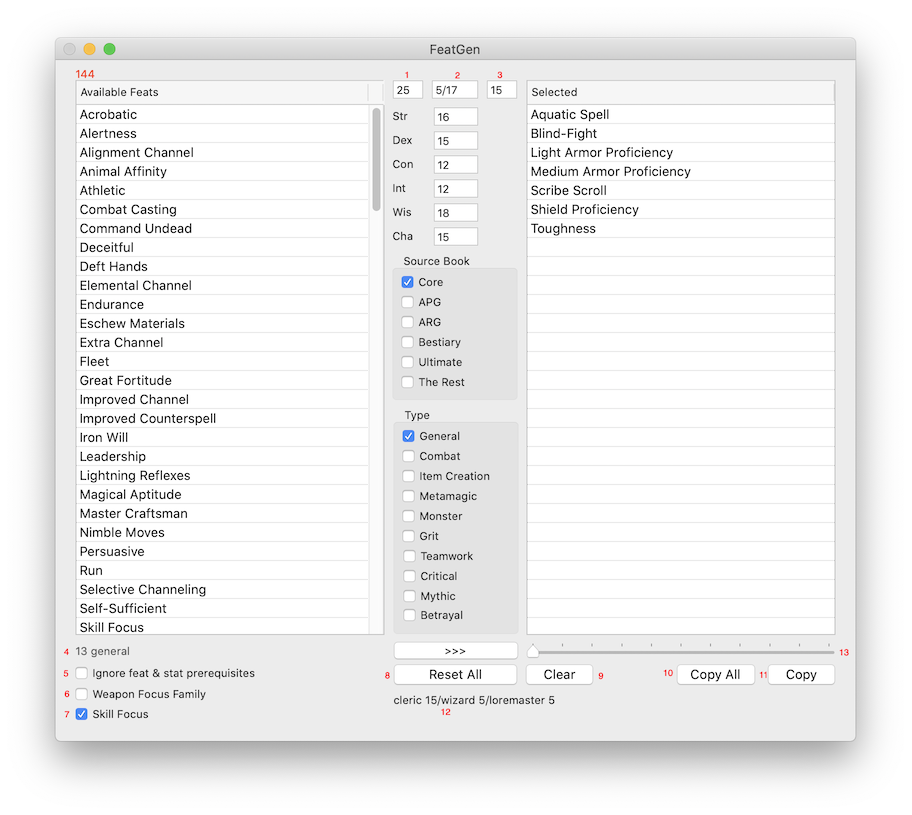 Not so obvious
Left List: list of selectable feats after being filtered.
Right List: list of selected feats.
Important: classes and races grant some feats automatically. These cannot be deleted from the list.
Ability Scores: Max is 255. 'No score' is not yet supported. 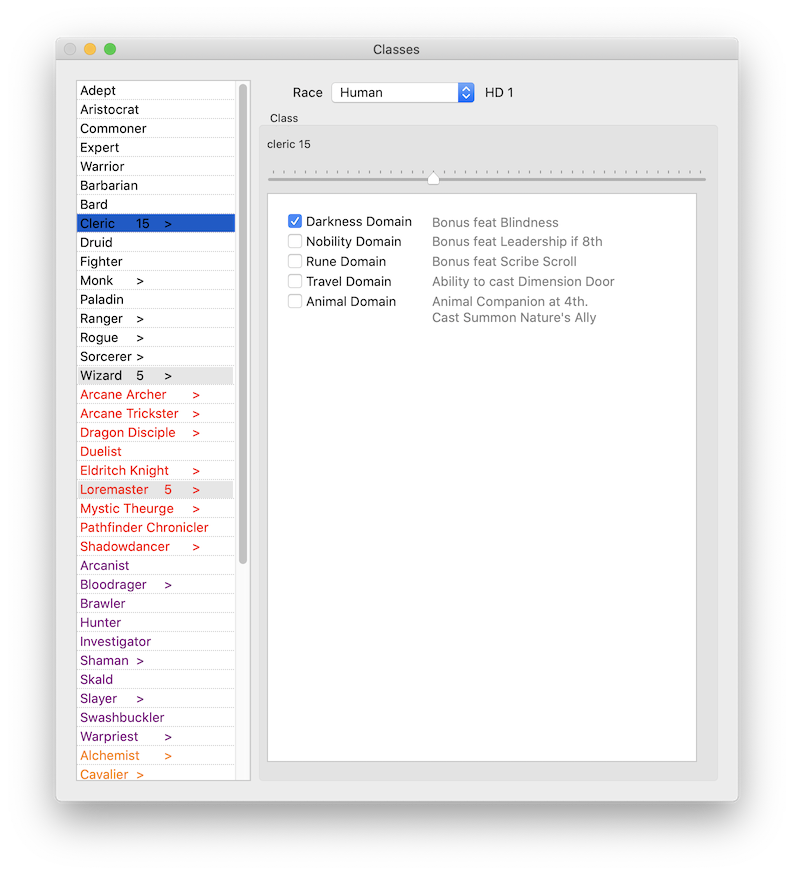 Classes in red are prestige classes. Black classes are Core, Purple are ACG, Orange are APG and Brown is Ultimate.

Classes with '>' indicate that there are user selectable options.
There are two effects of the class options.
The first grants bonus feats. Some classes have a list of feats to pick from (Ranger, Wizard).
The second effect grants spells and abilities which are prerequisites for feats.
Example above has Animal Domain for Cleric. If the user selects this, the Spell 'Summon Nature's Ally' is now in the Cleric's spell list and that spell one of the prerequisites for the Feat 'Sunlight Summons'.
That feat also has the requirements 'Spell Focus(Conjuration)'. The source book is 'Ultimate' & type is 'General'. If all these are selected, 'Sunlight Summons' should appear in the left list in the Feat window.

In the example below, some Prestige Classes advance spell caster levels for normal classes.
The user will need to select which class for each level. This affects total Arcane & Divine caster levels, which in turn, are prerequisites for some feats.
Note, the levels added are still restricted by the Prestige Classes level. Below the Wizard caster level is increased by 3, not 8 because the Loremaster is only level 5. 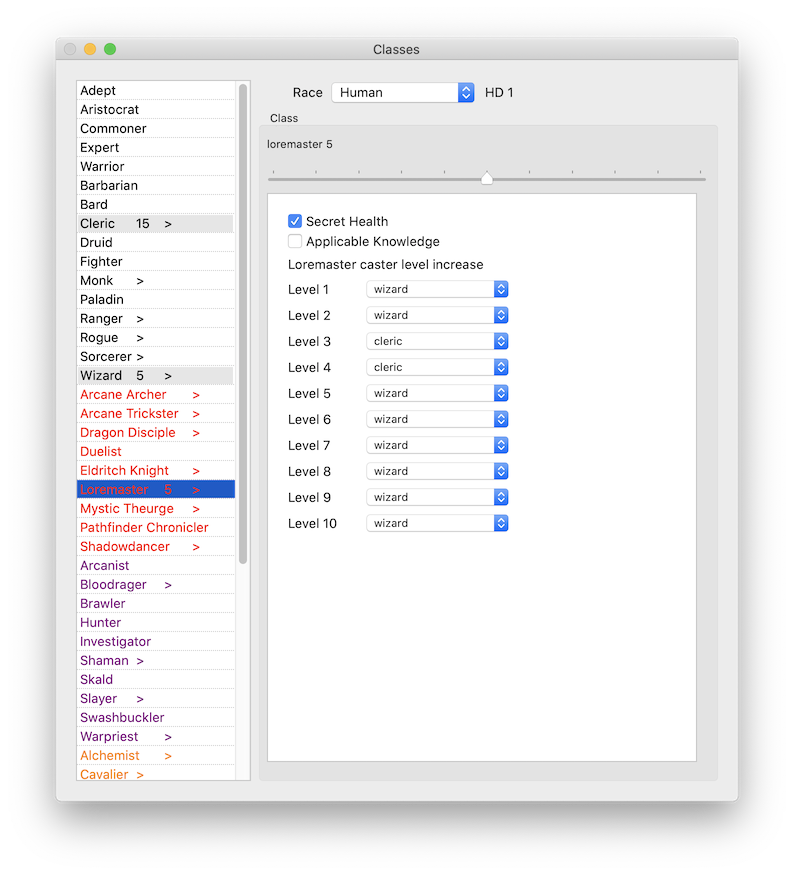 The following are prerequisites used by the application for feat filtering.

There is no support currently for creatures or races which are not humanoid except for those hard-coded in.

Here are some issues which are inconsistent with the Pathfinder rules.

Some classes are treated as fighter for feat prerequisites. This is not supported.

Also some classes have an effective ability score or 13 with respect to combat feat prerequisites even if their score is actually lower.
This is not supported.

Some feats require complex prerequisites. These complications are ignored and probably will not be supported in future.

• Sorcerer and Bloodrager UI selected feat popups may not match previously saved and re-loaded feats (which will be displayed in the Feat window).
Selecting a ticked feat in a popup again will change the selected feats in Feat window.
Quitting and opening will result in feats being mismatched again.

Custom classes can be difficult to have an easy user created definition if their bonus/extra feat selection is complex. The Ranger is an example of a complex class (it is hard-coded in). If custom classes are supported, the user ability to select extra feats or feat prerequisites will be simple (something like the Cleric).

There are two main text files. One is the feat list. This is a list of all feats supported by the application. The second is the feat prerequisite file. This is for feats which require prerequisites. In future, these will be user modifiable.